The naive film lover in me proved, as it so frequently does, an ignoramus. Having stayed away from French speaking countries in the last decade and remembering so little of previous visits, I knew nothing of Pathé’s vertical integration. Hell, that’s an ugly word – Pathé’s heritage. Sure, it took me a trip to a non-French speaking country to realize it, but that’s how things usually hit you – when they’re paradoxically unexpected.

So yes, Pathé is not only a producer/distributor of films; it also owns “a great number” of cinemas in parts of the world, as Wikipedia puts it. Moreover, it is the second oldest film company (after Gaumont, who they have a joint venture with nowadays) and the inventor of the newsreel you would see before the beginning of a movie, all the way back in 1908.

The Tuschinski cinema looks accordingly. Commissioned by Abraham Icek Tuschinski and opened in 1921, I was struck by its particular style and revealing opulence. Wikipedia puts it as a mixture between Art Deco, Art Nouveau and the Amsterdam School and neutrally claims “it is considered to be one of the most beautiful cinemas in the world” (no reference!). Perhaps I will do wiki a favour and reinforce that claim by the end of this, so that one day, when I’m an authority on interior design, the universe will be in balance again. 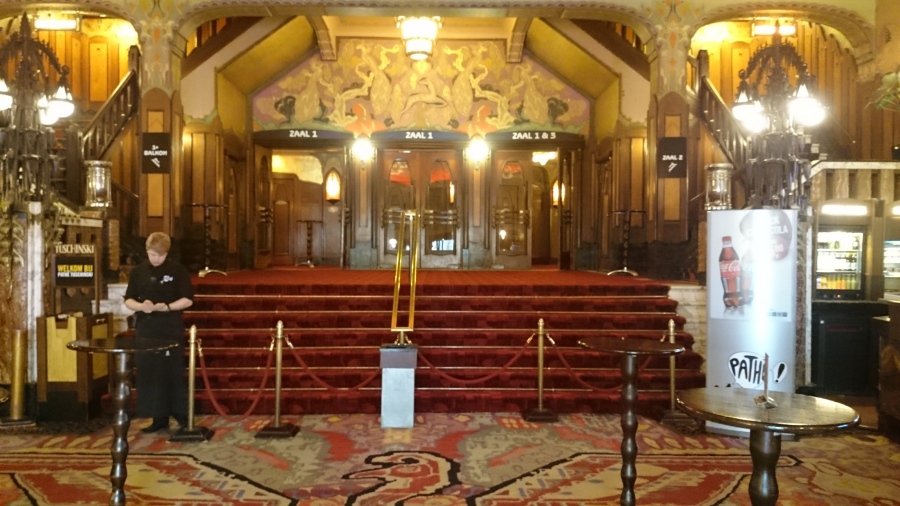 Leaving the streets of Amsterdam to step into the entrance hall, the feeling was not far removed from the ballroom scene in The Shining (1980) – a tall man with a crackling Dutch accent stood behind the ticket counter and had he said the tickets were on the house, I’d have probably run off to find a secure hiding place, probably in the porn theater next door. Alas, he did not, but the cinema does have a tinge of horror to its story, as Tuschinski himself, of Polish-Jewish decent, was deported to Auschwitz after the Nazi invasion of Rotterdam and died in the camp in 1942.

The movie for the day was churned out through a process of elimination and it turned out to be Demolition (2015). Critics might not have loved it, but my thinking was that Jake Gyllenhaal can do no bad. Trying to beat the rush, I bought my ticket around midday, but my fears proved unsubstantiated. On returning to buy some popcorn and coke, there were no queues at all, with few minutes before the start of the film. Both, sadly, disappointed – the (salted) popcorn and the coke, I mean. The former was stale, while for the latter I was forced to select a regular Coke, although a big poster showcased my new preference, Life. Is this a good place to #firstworldproblems?

Moving right along: I was tucked away in Screen 3, past the red tape, through the foreboding doors and down the right corridor, all the way to the end. Seating around 100 people, with a small, but sufficient screen size, it was mostly empty on a Wednesday evening at 7 pm.  It was the low level of the seats and the unusual positioning of the cup holders (in front, rather than to the side) that made the affair in any way distinctive for me. Other than that, it could have been any screen, anywhere else – although I’m quite certain the experience in the main theater would have been something else entirely. 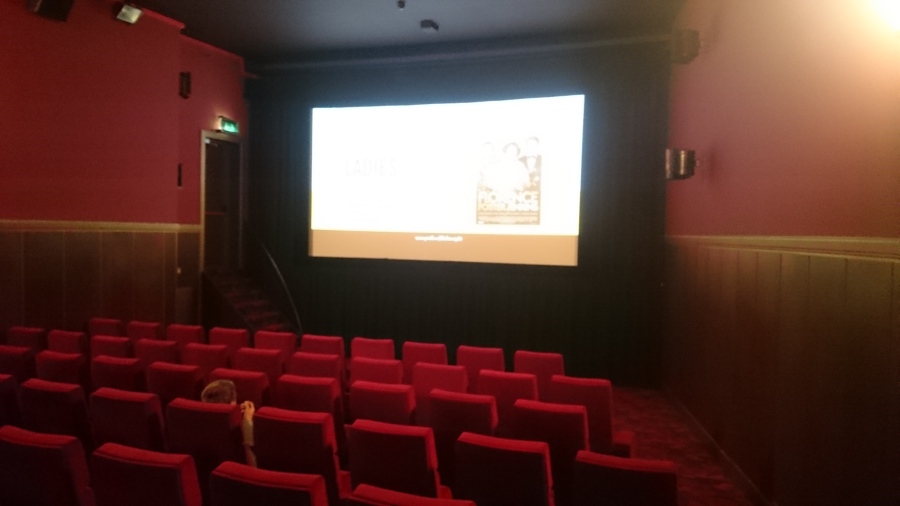 As for the movie itself, the critics were half-right. From the overwrought narration to the self-indulgent dialogue, it became apparent that Bryan Sipe, the screenwriter, was not an established author. That is not to say that the concept of Demolition is baseless, as the story of a man rebuilding his life feels intimate enough at times to make you care, but there are just too many bits and pieces that don’t come together well. And yes, there’s good old Jake, money in the bank, pulling through it like a boss, with Naomi Watts and Chris Cooper keeping him company in a decent ensemble. (**)

Two days later, during my final stroll through the city, I happened to pass by Tuschinski again. This time around, the barriers were placed outside, while fashionably dressed twentysomethings were sipping champagne and making conversation in the foyer. The ‘secondary’ entrance could be used for some of the later screenings, including the enticing Midnight Special (2016). Pacing up and down the road in contemplation over whether I should indulge or not, my glance was caught by a girl, waiting expectantly past the barriers. She smiled and I smiled back.

That was all the special I could take for one midnight. And as for the wiki reference, it will have to wait until I sip San Pellegrino at the Tuschinski.