Incompleteness is an important theme to Ana Lungu’s feature, a ‘story’ about three friends cohabiting with one another, featuring a selection of scenes from their lives. The ever so slight narrative circles around Iris, who is dealing with the sudden death of her boyfriend and looking to fill the void. 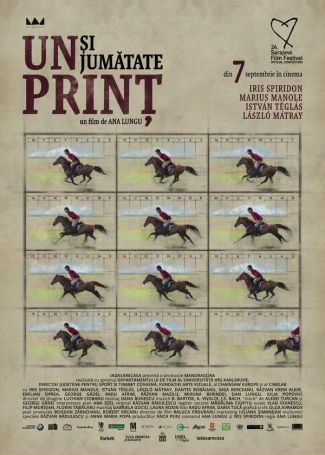 The boundaries between reality and fiction are blurred by the fact that the actors play themselves as characters. This generates a certain ‘meta’ feeling, particularly when it is actually discussed within the movie, but abstractly. A lot of the script plays as improvised, with unpolished dialogue and awkward silence abounding.

Unfortunately, this loose approach didn’t work too well for me. The air of detachment surrounding Iris, the lead and also co-writer of the movie, sets her character somewhere in the distance, too far to be touched and emoted with. As a result, the movie failed to pull me in, playing as an almost random sequence of events with neutral people talking as people often do, boasting an aimless sense of philosophical enrichment. It might capture the particular joys and tribulations of actors, featuring nods and references to the likes of Mike Leigh and Daphne du Maurier, but what it succeeds at is framing them as people, in all their/our mundane glory.

The beautiful cinematography partly makes up for the lack of thrills or the incisiveness of its introspections. It is, however, not enough to make for a recommendation.

Quotes of the Gram